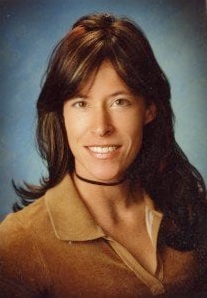 SANTA ANA, Calif. – A judge has rejected a Tustin podiatrist’s request to extend her jail surrender date to serve time for seven felony counts of insurance fraud for billing insurance companies for hundreds of appointments and services that never happened. In addition to jail time, Witt also faces a 10-year suspension of her medical license.

Renae Louise Witt, 42, is scheduled to report to the Orange County Jail on June 17, 2022 after being convicted in February of seven felony counts of filing a fraudulent claim for a health benefit. She was sentenced to 364 days in jail, two years formal probation and ordered to pay restitution to the insurance companies.

Between August 28, 2015 and April 3, 2017, while working as a doctor of podiatric medicine at the Tustin Place Medical Group, Witt billed two insurance companies for $174,395 for podiatrist appointments that never happened and for medical services that were never performed for six different patients. The insurance companies paid out $75,861.52 for these fraudulent claims.

One of the patients was not even in the country on some of the dates that Witt billed appointments on her behalf.

“Doctors are entrusted with the most serious of responsibilities to maintain and restore human health,” said Orange County District Attorney Todd Spitzer. “Instead this doctor violated that position of trust and used her unsuspecting patients as a revenue stream by bilking insurance companies out of tens of thousands of dollars for work she never performed. The Orange County District Attorney’s Office is committed to protecting patients from unscrupulous doctors and protecting insurance companies from being defrauded. Holding bad actors accountable prevents insurance rates from being increased and keeps costs down for patients. ”