The Rolex store at South Coast Plaza was burglarized tonight when at least one suspect smashed a glass case and stole several watches, according to the O.C. Register.

Shoppers reportedly panicked when the incident happened at 8:22 p.m., believing that shots had been fired. However the Costa Mesa Police investigated and determined that no shots were fired.

No one was injured in the robbery, according to KTLA. 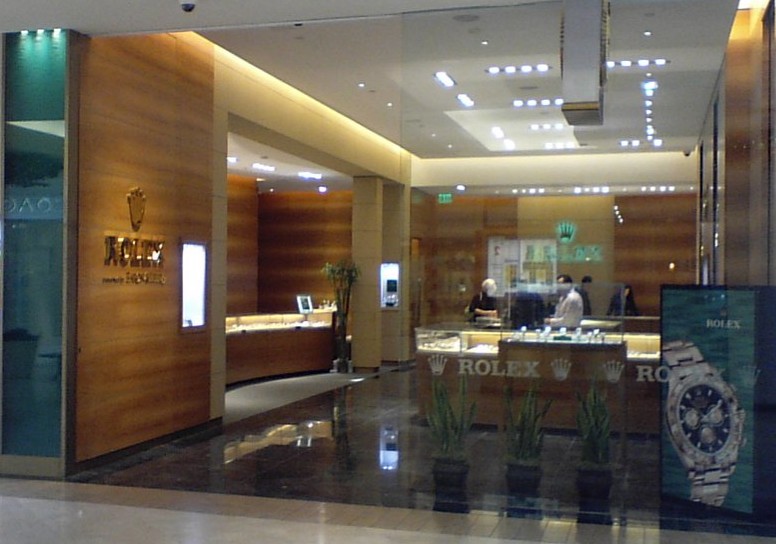 Police said three males hit the store and took a security guard’s weapon, according to NBC.

There was a robbery on Sep. 30, last year, at the Bloomingdale’s at the South Coast Plaza when three cars and a U-Haul truck drove up three hours before dawn and broke through just east of glass door leading to the department store, according to the O.C. Register.

The burglars, who included 8 to 10 people, smashed the glass and too Gucci purses, expensive watches and jewelry totaling about $100K.