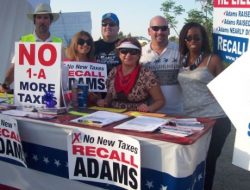 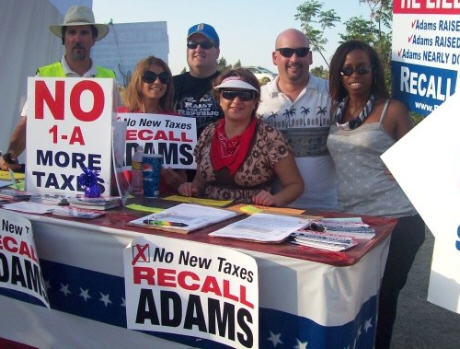 Santa Ana resident Tim Whitacre has announced that he is challenging attorney and lobbyist Scott Baugh for the Chairmanship of the Republican Party of Orange County (OC GOP).

Whitacre is a longtime member of the OC GOP Central Committee.  He ran the Nativo Lopez recall campaign and also was involved in a campaign to recall Assemblyman Anthony Adams, who voted to increase our taxes.  Adams was not recalled, but he did end up deciding to walk away from the Assembly.

I spoke to Whitacre today.  He acknowledged that his campaign is a longshot but also said that someone had to stand up against Baugh.  Whitacre does have a large following in the Tea Party movement and a base of support on the OC GOP Central Committee.

Whitacre also said he supports efforts to create an Orange County lobbyist registry, which presumably would include Baugh and many of his other supporters, such as Red County editor Matt Cunningham who called Whitacre’s campaign “suicide” in a post he published online today.  It should be noted that both Baugh and Cunningham supported disgraced former Sheriff Mike Carona, who Whitacre opposed, even after they knew that Carona was corrupt to the bone.

Carona was brought down ultimately in part due to articles written by the OC Weekly’s Scott Moxley, who had a few interesting things to say about Baugh in an article he posted today.  Here are a few excerpts:

Baugh–a graduate of Jerry Falwell’s Liberty University and a glad-handing lobbyist who has cashed in on his undeniable political influence since leaving the state assembly a decade ago–first grabbed the chairmanship in 2004 after Tom Fuentes served in the role for 20 years. His admirers say he has done a decent job raising money and settling disputes between Republicans. He can certainly count on indefinite backing from establishment heavyweights like Michael J. Schroeder, Mark Bucher and Dana Rohrabacher.

But in recent years, there’s been mounting internal party dissatisfaction with what some consider Baugh’s cutthroat management style, his backing of disgraced Sheriff Mike Carona long after it was clear he was a crook, his refusal to obey party bylaws that call for regular audits of party finances, his close association to a relentless pedophile who targeted 7th and 8th grade boys and the local party’s dwindling voter registration numbers.

Indeed, under Baugh’s watch near Armagedon occurred in a place once proudly hailed as “Reagan Country”: Barack Obama, a liberal Chicago Democrat, did exceptionally well here in the 2008 elections.

Here is Whitacre’s campaign announcement, which he emailed to his supporters earlier today:

After much prayer, reflection, counsel and encouragement from a number of you, I am officially announcing my candidacy for the position of Chairman for the Republican Party Central Committee of Orange County.

This decision does not come lightly but now that I have made it, it does come easily. I love our Party and the Principles it espouses on paper. However, like many of you I have watched those Principles be cast aside time and time again from the National level on down to our beloved County to which we were elected to serve.

I believe it is crucial for us to march in a different direction if we are serious about restoring our Party’s reputation and greatness so that we can bring back those good Americans who rightfully left us in disgust. I, like all of you, believe our Party’s governing philosophy is best for Orange County and the Country. However, we cannot hope to spread that philosophy effectively until we do some necessary house cleaning within leadership all across our blessed Nation. We must start here at home…

Let me be perfectly clear: I am not running against Mr. Scott Baugh; I am running FOR the position of Chairman. I have nothing personal against our current Chairman; I simply believe he has been in that position long enough and I believe we can build upon his efforts and do better. An important pillar of my platform which I will introduce to you in the coming days is a bylaw amendment for term limits for Executive Committee positions that are more consistent with with our State Central Committee.

I ask you to begin praying for our County Party as we fast approach our swearing in and organizational meeting on January 17, 2011. I believe we serve a God of second chances and I believe He has seen fit to give us another opportunity to right this great ship called The United States of America. I believe if we do our part in our assigned sector of governance, He will bless our efforts and we will be able to help countless thousands of fellow Orange County residents, not to mention our own families as well.

On a closing note, there are two other positions on Executive Committee which are uncontested at this time. They are Treasurer and Sergeant of Arms. I believe respectful debate and choice is good for our Party and I strongly encourage all of you to consider running for ANY of the positions. However, I would especially like to see some healthy competition for those positions. Think about it; pray about it; and do it. EVERY ELECTED CENTRAL COMMITTEE MEMBER HAS THE RIGHT TO RUN FOR ANY EXECUTIVE COMMITTEE POSITION REGARDLESS OF IF YOU’RE ABOUT TO GET SWORN IN FOR THE FIRST TIME OR THE TENTH.

I wish you all a safe and blessed New Year and I look forward to answering any questions you might have as I introduce my platform to restore our County Party to a united, ethical, fun place to be as local guardians of our Declaration of Independence, our Constitution, and our Party Platform. 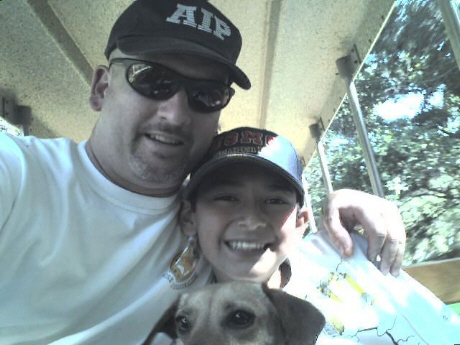 I hope everyone had a safe, blessed New Years Eve/New Years celebration. I closed out my year and started the new one alone at Calvary Chapel’s service from 9PM to Midnight-ish. The first act of the New Year was to take Communion together; what a moving experience. I thought of those who have particularly been a huge blessing in my life this past year and I prayed especially for you and your families – Thank you for standing by me and being my friend.

More local press picked up on my announcement and the O.C. Weekly article yesterday…

http://totalbuzz.ocregister.com/2010/12/31/challenger-wants-o-c-gop-bosss-job/46328/
(Anonymous hackers from the establishment are taking their usual swipes at me and trying to deflect people off topic– please help frame the debate)

https://newsantaana.com/2010/12/31/santa-ana-resident-tim-whitacre-is-running-for-the-chairmanship-of-the-oc-gop/
(Nice write-up by Art Pedroza with a couple of anonymous swipes from folks which is to be expected. Again, please help frame the debate here.)

If you would be so kind to forward these links to other folks you know who are on Central Committee to help get them seriously thinking about things, I would greatly appreciate it.

On a very personal note: I have been pondering this decision for a month or two now, waiting and hoping someone would step up and run – no one did…. It became very clear to me in my heart and mind: Win or lose, this “battle” must take place; I must stand up and lead the cry for change (and not the Obama kind…). I’d be lying to you if I said I wasn’t a little scared when I was alone with my thought sometimes – not of what anyone can do to me (I’m set with the Lord regardless) – but of not giving a good account of myself on behalf of all of those who have hope in this monumental task – who are crying out for revival & restoration within our Party.

You see, this “battle” couldn’t come at a worse time in my life (can anyone relate…?) but nevertheless, the time is upon us and the armies are forming their lines in preparation for the inevitable day and hour. This isn’t just about internal matters of our Central Committee; this IS about the tens of thousands of registered Republicans we were elected to SERVE; what THEY want and need to see in our Party Leadership in order to renew their spirits and reengage.

I’m no more important or valuable than any other Committee Member, yet because I am running for Chairman, I am at the tip of the spear for this one. It is CRUCIAL I give a good account of myself; to be a good example to those who hear me or read what I have to say. I am serious when I ask for committed prayer support and I am in even more need of wisdom, discernment, humility, courage and protection now that we have turned the corner into the New Year. Will you do that? Not only for me but for all of those Members who have decided to run for a leadership position as well? Please.

« Free classes for adults in Santa Ana, starting on Jan. 10 at SAC SEC
A look at our most popular blog posts about Santa Ana, in 2010 »