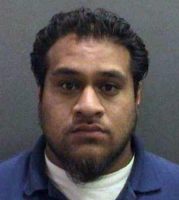 SANTA ANA, Calif. – A drunken driver was sentenced to 13 years and eight months in state prison for vehicular manslaughter after crashing into a light pole, killing his nephew and severely injuring his brother-in-law after refusing the offer of a bartender and police officer to call him a cab.