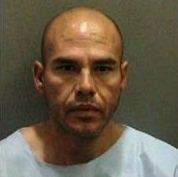 The Orange County Coroner’s Office has identified the victim as Nancy Hammour, a 28-year-old resident of Santa Ana, California. The Coroner has also concluded that the cause of death was a gunshot wound. Newport Beach Police Detectives have reclassified this case as a Homicide. This is an ongoing investigation and no further information is being released at this time, according to the Newport Beach Police Department.