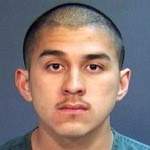 SANTA ANA, Calif. – A criminal street gang member was sentenced today to 50 years to life in state prison for the shooting murder of a fellow gang member and taking the victim’s bike to flee the scene. Daniel Alvarez, 22, Orange, was found guilty by a jury on Sept. 23, 2015, of one felony count of murder and one felony count of possession of a firearm by a probationer with a sentencing enhancement for the personal discharge of a firearm causing death.

At the time of the crime, Alvarez and the victim, 18-year-old Bruno Ugalde, were members of the same criminal street gang. Alvarez was on formal probation.

At approximately 1:20 a.m. on May 8, 2012, Alvarez began a verbal argument with Ugalde about the victim’s bike in a garage in Santa Ana. During the course of the argument, Alvarez removed a loaded firearm from the waistband of his pants and shot the victim in the face at a close range. The victim died at the scene.

Alvarez took the victim’s bike out of the garage and fled the scene to an associate’s apartment. While inside the apartment the defendant urinated on his right hand in an attempt to wash off any trace of gunshot residue and made numerous phone calls.

On May 10, 2012, Alvarez fled to Mexico to live with family. The Santa Ana Police Department investigated this case and with the assistance of the United States Marshals Service and Mexican authorities,located and arrested the defendant in Mexico. On Aug. 2, 2013, Alvarez was extradited back to the Orange County for prosecution.