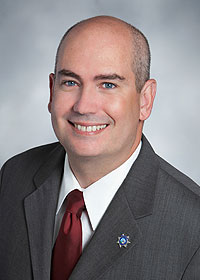 The Orange County Board of Supervisors appointed Robert Faigin as the new Executive Director of the Office of Independent Review (OIR) starting November 4, 2022. The OIR helps ensure transparency, accountability, and compliance with applicable law and best practices across five justice-related Orange County agencies.

Under the direction of the Board of Supervisors, Faigin will lead the OIR in reviewing specific incidences that involve the Orange County Sheriff Coroner Department, Probation Department, District Attorney, Public Defender and the Social Services Agency. Faigin will serve as an independent resource and counsel for the Board to ensure accountability in the performance and operations of these County departments

Faigin joins OIR from the San Diego County Sheriff where he served as the Director of Legal Affairs for more than 21 years. He provided guidance to the County Sheriff, Command Staff and Department personnel over the course of two decades since his appointment as Special Assistant to the Sheriff in 2001. Faigin and his team minimized risk and liability by writing legal opinions, conducting research, and coordinating with elected officials in the Board of Supervisors, County Counsel, District Attorney and Public Defender offices.

As the Chief Legal Advisor to the San Diego County Sheriff and a former Senior Deputy District Attorney, Faigin has deep experience in law enforcement including the Public Safety Officers’ Procedural Bill of Rights Act, use of force, training, risk and liability. Having served on the San Diego County Sheriff’s Department’s Critical Incident Review Board, Faigin also reviewed critical incidences from multiple perspectives.

Faigin holds a Master of Public Administration from California State University–Dominguez Hills and a Juris Doctorate from Pepperdine School of Law. He earned his Bachelor of Arts degree in Criminal Justice from University of Nevada, Reno.