Register for AlertOC and take part in National Preparedness Month 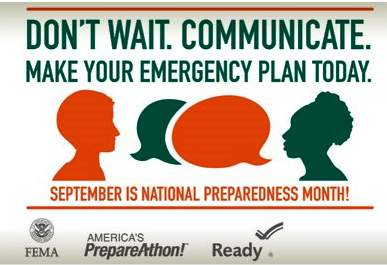 AlertOC, the County’s mass notification system, is a critical link for residents to immediately learn of any required actions, such as evacuating their homes during an imminent fire. On September 24, more than two million Orange County residents will receive a call to test AlertOC. The drill will replicate a large scale, multi-jurisdictional emergency requiring thousands of numbers to be called simultaneously across Orange County’s entire region. This is the sixth annual regional test of the system and will include 24 participating cities as well as the County’s unincorporated areas.

The distinctive feature of AlertOC is the ability to register more than one contact method at a specific address. Registrations of cell phone and alternate numbers dramatically increase the ability to reach the greatest number of community members within minutes. This enables landlines, cell phones and email addresses to be incorporated into a single notification system.

Residents can do their part to prepare for emergencies by registering for AlertOC. The time is now to self-register cell phone numbers and e-mail addresses to be a part of the regional test. For more information or to register alternate phone numbers or e-mail addresses, visit http://bos.ocgov.com/alertoc/alertoc.asp.