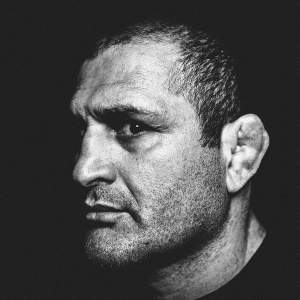 SANTA ANA, Calif. – A professional mixed martial artist and owner of several Gracie Barre Jiu-Jitsu academies was sentenced to six months in the Orange County Jail today after pleading guilty to a felony assault charge for a unprovoked attack on a five-time Jiu-Jitsu world champion that knocked out the victim’s two front teeth.

Ralph Gracie, 40, of Danville, was charged with one count of felony assault with an enhancement for inflicting great bodily injury for attacking five-time World Champion Flavio Almeida on the sidelines of the 2018 International Brazilian Jiu-Jitsu Federation World Championships in Anaheim. Gracie holds a 5th degree black belt in Brazilian Jiu-Jitsu.

Gracie was subsequently indicted by the Orange County Grand Jury on one count of felony assault with an enhancement for inflicting great bodily injury. He pled guilty to the assault charge and admitted the enhancement last week in exchange for a court offer. Prosecutors objected to the court offer of 180 days in jail, three years formal probation, restitution and anger management. Gracie was formally sentenced to those terms today.

In 2019, Judge Roger B. Robbins reduced the felony assault charge on co-defendant, Lincoln Jeferson Pereira, to a misdemeanor assault with force likely to produce great bodily injury over the objection of prosecutors. Pereira pleaded guilty to the reduced misdemeanor charge in July 2019 and was sentenced today to 80 days time- served.

Almeida was attacked on December 15, 2018 while having a conversation with Gracie while Almeida was coaching one of his athletes from the sidelines of the World Championships. Gracie is accused of elbowing Almeida in the face, rendering him unconscious and knocking him to the ground. Once on the ground, Gracie is accused of kicking Almeida in the face at least one time.

Lincoln Pereira, a student of Gracie’s, joined in the attack, striking Almeida while he was unconscious on the ground. Almeida suffered a concussion and two missing teeth as a result of the attack.

In a victim impact statement delivered in court in 2019, Almeida described the unprovoked attack and explained that although he holds a 4th degree black belt in Jiu-Jitsu, he resisted retaliating.

“I resolved to trust the justice system to hold these individuals accountable for their premeditated and coordinated act of terrorism,” Almeida said. “Qualifying this vicious attack as a misdemeanor means the bad guys win. They will once again get away with their threats and violent behavior pounding on their chests for being above the law.

If this happens, it will send a very confusing message to thousands of young Jiu-Jitsu students. It will instigate the many who have already been misled by them to follow in their footsteps.”

Gracie fled to Brazil after the assault and a warrant was issued for his arrest in April 2019.

He eventually returned to the United States, but failed to appear for four consecutive court appearances before finally appearing in court.

“The victim in this case made the decision to exercise restraint, to not take the law into his own hands, and trust that the criminal justice system will do what it is supposed to do – hold people accountable for engaging in violence,” said Orange County District Attorney Todd Spitzer. “The violence carried out in this unprovoked attack was carried out by a highly trained fighter capable of inflicting maximum pain and damage. We’re grateful that the Orange County judiciary recognized the egregiousness of this conduct and refused to reduce this charge from a felony to a misdemeanor.”