Mater Dei hires a new Principal who once worked at Servite 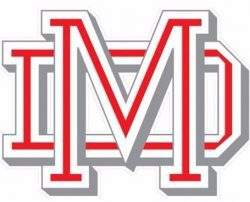 SANTA ANA, Calif. (January 7, 2022) — The Roman Catholic Diocese of Orange and Department of Orange County Catholic Schools are pleased to announce the appointment of Michael P. Brennan, an experienced Catholic school educator and administrator, as the next president of Mater Dei High School.

Brennan is currently serving as president of St. Anthony High School in Long Beach, a position he began in 2021. Prior to that, he served Orange County’s Catholic community for 15 years as principal of Servite High School in Anaheim, a campus that’s owned and operated by the Order of Friar Servants of Mary. Brennan most recently led the Trinity League as president and was the chairperson for CIF Southern Section Orange County League Placement.

Brennan begins at Mater Dei on February 1. Throughout the transitional period, Diocese and OC Catholic Schools leadership are continuing to support the Mater Dei campus administration, ensuring the continuity of school operations.

Brennan succeeds Fr. Walter Jenkins, who is returning to South Bend, Indiana, to take on a new assignment with his religious order, the Congregation of Holy Cross.

“I am excited to return to Orange County and thrilled at the opportunity and promise of leading Mater Dei, one of our nation’s preeminent Catholic schools,” Brennan said. “Catholic education has always been pivotal in providing society with devout, ethical leaders and citizens of tomorrow. This classical form of education is necessary to maintain a culture of goodness not only locally, but also across our nation and world.”

Brennan continued by stating, “I am dedicated to ensuring that the campus has a safe, productive and educational environment based upon Mater Dei’s core values of Honor, Glory and Love. I look forward to serving and collegially working with this Catholic community.”

“We are very pleased that Mike has returned to us here in Orange County, where we know he will continue the legacy of excellence at Mater Dei, just as he did at Servite,” added Dr. Erin Barisano, superintendent of OC Catholic Schools.

The independent review of Mater Dei’s athletic program and overall safety protocols — announced at the end of last November — will continue under Brennan’s leadership.

Brennan is an alumnus of Chapman University in Orange, Calif., where he earned bachelor’s degrees in sports medicine and movement and exercise science. He also has a master’s degree in sports medicine from Chapman, as well as teaching and administrative credentials.

In the Orange County, Calif., area, his educational and administrative experience include serving as a member of Anaheim High School’s faculty, an assistant principal at Western High School and principal of South Junior High School — all campuses within the Anaheim Union High School District. He also served on the city of Anaheim’s Parks and Recreation Commission from 2006 to 2014.