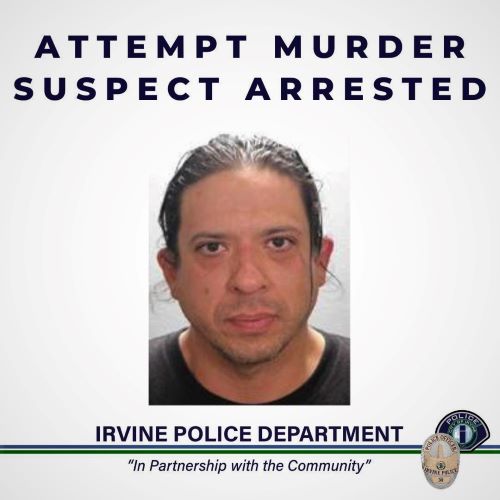 Yesterday, at around 12:23 p.m., Irvine Police responded to a possible stabbing call at a shopping center near Culver and Walnut.

The police determined that the suspect was involved in at least three unprovoked confrontation with male adults, and two of those confrontations resulted in injuries to others.

During the first confrontation, the suspect verbally threatened the victim and lunged at him with a knife, causing a minor cut. The suspect confronted a second man and made threats, but no injuries were reported. The suspect then ran to a nearby neighborhood and confronted a third victim, and stabbed him in the torso. The victim was transported to a local hospital and is in stable condition. Officers quickly located the suspect within an established perimeter and arrested him.

Ricardo De La Riva, 43, of Irvine, was booked at Orange County Jail on attempted murder and assault with a deadly weapon charges. Thank you to all the witnesses that reported valuable information to IPD during this event.