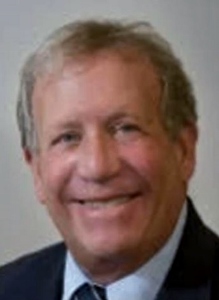 Jacob’s qualifications are those of a prosecutor, not a politician. He spent 25 of his years in the office in trial units. During his career, he worked in the Felony Panel and the Career Criminal, Sexual Assault, Narcotics/Special Assignments and Homicide units. He worked in the Homicide Unit for 13 years and supervised it for three years.

In 1996, he initiated a review of a series of sexual assault homicides that occurred in the late 1970s. The investigation led to the arrest of an ex-Marine, Gerald Parker. His conviction of six counts of murder resulted in a death sentence. It also exonerated and freed an innocent man who had been wrongly convicted of one of the offenses and had served 16 years in prison.

After Parker was in custody, Mr. Jacobs organized and obtained funding from the state for an unsolved homicide project named TRACKRS. In 2001, he also initiated the Orange County Innocence Project. It involved providing O.C.D.A. forms to all of the state’s prison facilities. The forms were intended for inmates who felt that they had been wrongly convicted. Inmates could complete and return the forms without the assistance of counsel.