Convicted O.C. felon is sentenced to 15 years in prison for drug and firearms charges 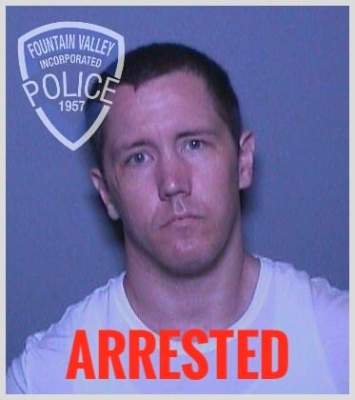 On August 26, 2019, undercover Detectives from the Fountain Valley Police Department’s Crime Suppression Unit conducted an investigation into a subject, Tyler Conklin (30), who was wanted on a no-bail PRCS probation violation warrant.

Detectives initiated a surveillance on Conklin who, with the assistance of Costa Mesa Police Department, was arrested on multiple felony charges including firearms and narcotics offenses. When arrested, Conklin was wearing an empty firearm holster with a Glock-style privately made firearm (ghost gun/firearm manufactured by unlicensed subject) under the passenger seat where he was seated. The firearm had a round in the chamber and the magazine had seven additional rounds. Two additional magazines with seven rounds each were also found under the passenger seat.

A search of Conklin’s residence revealed multiple additional firearms, magazines and ammunition. Conklin was booked at the Orange County Jail with no bail.

In collaboration with agents of the Bureau of Alcohol, Tobacco, Firearms and Explosives (ATF), FVPD Detectives continued to investigate the case. Ultimately, Conklin was prosecuted federally for this case.

As a result of this prosecution, the defendant, Tyler Conklin, has been sentenced to 180 months in federal prison for his conviction on federal narcotics and firearms charges.

This was an excellent example of collaboration between FVPD and our Federal counterparts.

Here is the press release from the ATF regarding Conklin’s conviction:

LOS ANGELES – A convicted felon from Orange County has been sentenced to 180 months in federal prison for his conviction on federal narcotics and firearms charges, including that he possessed five privately made firearms without serial numbers, aka “ghost guns.”

Tyler Jacob “Jake” Conklin, 31, of Huntington Beach, was sentenced Monday by U.S. District Judge James V. Selna. Conklin after he pleaded guilty in July 2020 to one count of possession with intent to distribute methamphetamine and one count of being a felon in possession of firearms and ammunition.

Conklin was arrested following a traffic stop on an outstanding warrant in August 2019 for violating the terms of his Post-Release Community Supervision in relation to multiple drug dealing convictions from O.C. Superior Court dating back from August 2018.

According to the federal complaint, following Conklin’s arrest, his residence was searched and law enforcement seized 2,243 rounds of ammunition, various components to manufacture firearms, and four privately made firearms including:

Also seized at Conklin’s residence were various drugs including nine baggies totaling 189 grams of methamphetamine, digital scales, empty baggies, syringes, glass pipes, and a ledger with pay-owe entries next to a list of firearm components consistent with those used to make private firearms. Conklin admitted in his plea agreement to possessing five privately made firearms without serial numbers.

This case was investigated by the Bureau of Alcohol, Tobacco, Firearms and Explosives and Fountain Valley Police Department.