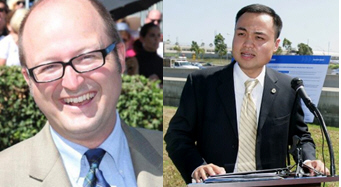 All of them will be appearing at the next meeting of the Fountain Valley Republican Assembly on Nov. 17.  Here are the details:

The Fountain Valley Republican Assembly has invited all of the prospective Republican candidates for the 72nd assembly district to their meeting. Huntington Beach councilman Matthew Harper and Westminster councilman Tyler Diep have accepted .

Chartered in 1934, the California Republican Assembly (CRA) is the oldest and largest Republican volunteer organization in California. The CRA works to elect Republican candidates who stand unwaiveringly for republican principles. President Ronald Reagan called the CRA, “the conscience of the Republican Party.”