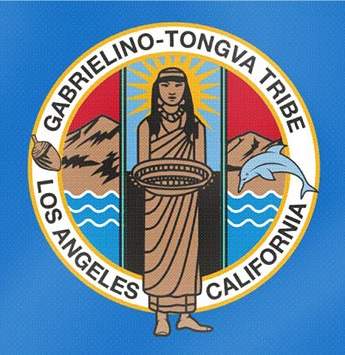 We tend to forget that Orange County was populated by Natives before the Spanish showed up and ruined their lives. Two recent discoveries of bones at construction sites in Santa Ana however turned out to be the remains of Native Americans including the latest finding, at a sewer construction site at the 1600 block of West Borchard Avenue.

The other Native remains were found a month earlier, about two miles away from the Borchard Ave. site, during construction of the OC Streetcar project.

As required by law, the Orange County Coroner Division notified the state Native American Heritage Commission. That commissin then reached out to Gabrielino-Tongva Chief Anthony Morales, who is also known as Chief Red Blood, as the descendent responsible for recommending a place and method of burial, for both sets of remains, according to the L.A. Times.

The Gabrielino-Tongva Tribe has been indigenous to the Los Angeles Basin for 7,000 years.  This history is well- documented through 2,800 archaeological sites, in State historical records and federal archives, and Catholic church records at San Gabriel Mission and San Fernando Mission. A State historical site preserves the holy springs where the Portola Expedition, which founded the City of Los Angeles in the late 1700s, replenished their water.  The Expedition encountered the Tongva, who guided them to their holy springs, at what is now University High School in West Los Angeles.  The springs provide water to visitors today and are being restored with a $1 million state history grant.

Many lines of evidence suggest that the Tongva are descended from Uto-Aztecan-speaking peoples who originated in what is now Nevada, and moved southwest into coastal Southern California 3,500 years ago, according to Wikipedia.

The Tongva occupied villages to the north up to Topanga Canyon in Malibu (where they ran into the Chumash, sometimes violently). Tongva villages extended south to Laguna Beach (though the Juanenos claim the Tongva never settled beyond the estuary at Newport Beach). Tongva village sites extend inland to the San Bernardino Mountains. There the younger, independent Cahuilla culture was derived from roots in the religion, language and trading culture of the Tongva (Morongo and Agua Caliente bands are Cahuilla).

Entire Tongva villages were baptized and indoctrinated into the Spanish mission system with devastating results. For example, from 1788 to 1815, natives of the village of Guaspet were baptized at San Gabriel. Proximity to the missions created mass tension for Native Californians, which initiated “forced transformations in all aspects of daily life, including manners of speaking, eating, working, and connecting with the supernatural.”

A missionary during this period reported that three out of four Tongva children died at Mission San Gabriel before reaching the age of 2.

In 1994, the State of California recognized the Tongva in Assembly Joint Resolution 96, chaptered by the California Secretary of State as Resolution chapter 146, Statutes of 1994.  The Joint Resolution states that the State of California “recognizes the Gabrielino-Tongva Nation as the aboriginal tribe of the Los Angeles Basin and takes great pride in recognizing the Indian inhabitance of the Los Angeles Basin and the continued existence of the Indian community”.