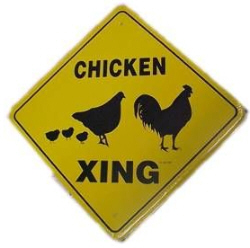 Well, the law was ridiculous and it was designed to keep chickens entirely out of our backyards.  It was passed years ago when white City Council members regularly used city ordinances to punish Mexican American residents, who often kept chickens in their backyards, having come from rural traditions in their home country.  Some of our residents are still clinging to the old racist ideals.  Just look at Tim Rush’s comments at this link. END_OF_DOCUMENT_TOKEN_TO_BE_REPLACED