Orange County Treasurer Shari Freidenrich announces the reinstatement of the California Property Tax Postponement Program (PTP) and that the application and accompanying information is available on the Office of the State Controller’s website at sco.ca.gov/ardtax_prop_tax_postponement.html, by calling 800- 952-5661, or by emailing the state at postponement@sco.ca.gov. END_OF_DOCUMENT_TOKEN_TO_BE_REPLACED 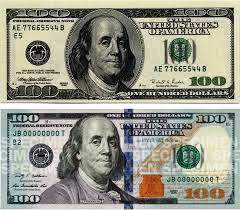 Orange County Treasurer-Tax Collector Shari L. Freidenrich, CPA, announced that the $100 note is the latest U.S. currency to be redesigned by the Federal Reserve and includes new security features developed over the last decade. The $100 note is the largest denomination that has been printed since 1969. This note is commonly referred to as a “Benjamin” as the image of Benjamin Franklin is printed on the back of the note. It is one of only two notes that does not feature a President of the United States. This note will be easier for the public to authenticate, but more difficult for counterfeiters to replicate. As with all other U.S. currency, the note includes the signature of the U.S. Treasurer. END_OF_DOCUMENT_TOKEN_TO_BE_REPLACED