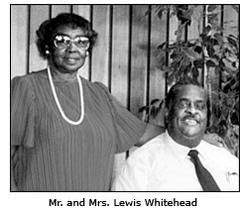 Before making it his life’s goal to help homeless individuals, Reverend Lewis Whitehead served 20 years in the Marine Corps, then became a member of the First Baptist Church in Santa Ana and was ordained as a minister in 1962, ministering to the poor. From then on he pledged his life to serve the least, the last, and the lost. Often, he would go under freeway overpasses to give homeless individuals blankets, food, prayer and love. END_OF_DOCUMENT_TOKEN_TO_BE_REPLACED