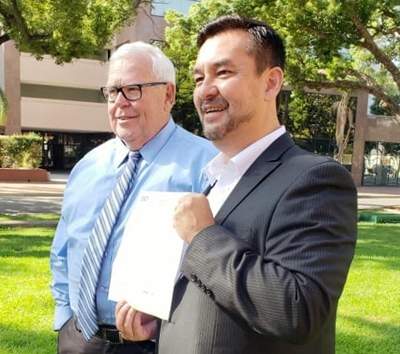 Nguyen never gave up trying to find out who is father was. He married his high school sweetheart, raised a family and became the top Vietnamese-American elected official in Orange County. Yet he still yearned to know who his father was. Nguyen finally caught a break when he decided to do a DNA test through Ancestry.com. END_OF_DOCUMENT_TOKEN_TO_BE_REPLACED 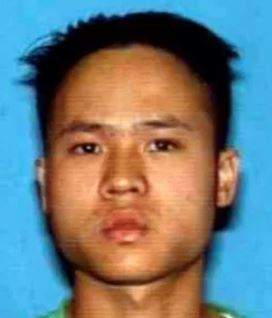 Nguyen accepted charges of sexual penetration by a foreign object and force, kidnapping, robbery and sexual battery, which are all felonies. Nguyen also admitted to a sentencing enhancement for the use of a gun in the attack. END_OF_DOCUMENT_TOKEN_TO_BE_REPLACED

SANTA ANA, Calif. – A Santa Ana criminal street gang member was convicted today of robbing a couple at gunpoint outside of their home to steal their car after being linked to the crime through DNA using the Orange County District Attorney’s (OCDA) local DNA database. Francisco Alberto Rodriguez, 27, Santa Ana, was found guilty by a jury of one felony count each of attempted murder, second degree robbery, second degree vehicle burglary, possession of a firearm by a felon, and street terrorism. Sentencing enhancements for criminal street gang activity, personal use of a firearm, and gang member vicarious use of a firearm were also found to be true. The defendant faces a maximum sentence of 29 years to life in state prison at his sentencing on April 28, 2017, at 9:00 a.m. in Department C-29, Central Justice Center, Santa Ana. END_OF_DOCUMENT_TOKEN_TO_BE_REPLACED

SANTA ANA, Calif. – A man identified through a DNA hit was charged today with robbing, kidnapping, and sexually assaulting a store employee in 2012. Danny Thien Nguyen, 26, Garden Grove, is charged with one felony count each of sexual penetration by foreign object and force, kidnapping to commit a sex offense, second degree burglary, second degree robbery, assault with a deadly weapon, and a sentencing enhancement for the personal use of a deadly weapon. If convicted, he faces a maximum sentence of 31 years to life in state prison and mandatory lifetime sex offender registration. Nguyen is being held on $1 million bail. His scheduled arraignment in court was continued today to Monday, June 27, 2016, at 10:00 a.m. in Department CJ-1, Central Jail, Santa Ana. END_OF_DOCUMENT_TOKEN_TO_BE_REPLACED

“The OCDA, Orange County, and the state of California have been grateful beneficiaries of the talent, passion, and knowledge of Assistant District Attorney Camille Hill,” said District Attorney Tony Rackauckas. “Camille’s technological innovation, immense knowledge, and dedication to ensuring that justice is secured have left a lasting impact on the OCDA and on the community as a whole. She will be missed by all of us and by me personally.”

“Camille’s loss is a great tragedy for the law enforcement and forensic communities,” said Senior Deputy District Attorney Scott Scoville of the DNA Unit. “Her passion and commitment to protect the community and expand the reach of DNA technology was beyond compare.” END_OF_DOCUMENT_TOKEN_TO_BE_REPLACED