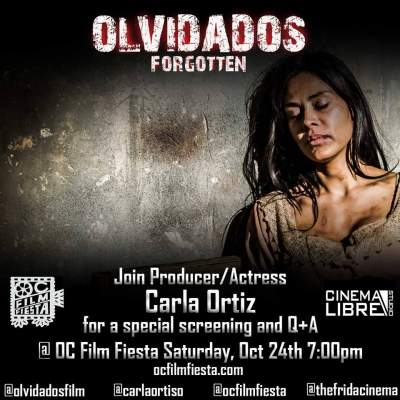 After suffering a heart attack, retired General José Mendieta (Damián Alcázar) is haunted by his dark past as an officer in Operation Condor, the CIA-backed campaign of political repression in Latin America that was responsible for executions, torture, and imprisonments in the 1970’s. In a letter to his son Pablo (Bernardo Peña), Mendieta confesses the role he played in the abduction, persecution, and execution of countless men and women during his posting to Chile. Journalist Marco (Carlotto Cotta) and his pregnant wife Luciá (Carla Ortiz) are among those who were arrested, along with their activist friend Antonio (Tomás Fonzi) and revolutionary Andrea (Ana Calentano). They suffer terribly under Mendieta and his cohort Sanera (Rafael Ferro), which leads to a cascade of betrayals, secrets, and stolen lives that spans generations.

OLVIDADOS is the first film to specifically address the horrors perpetrated under Operation Condor, which was introduced by Richard Nixon’s Secretary of State Henry Kissinger and was responsible for: 50,000 deaths; 30,000 “disappeared”; and 400,000 arrested and imprisoned in Argentina, Bolivia, Brazil, Chile, Paraguay, and Uruguay.

Tickets to this special fundraiser screening are $10 general and $8 students.

Tickets are available for purchase online at http://tinyurl.com/OlvidadosOC

« Santa Ana doubles down on bike lanes with $11.5 M in new state funding
Fresh and Easy is blowing out their groceries at up to 30% off »