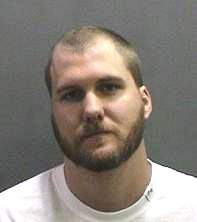 SANTA ANA, California – (January 21, 2014) – On Friday, January 17, 2014, Jordon Bresyn, 22, Buena Park, was arrested for child annoyance of a female, 13 years or younger, communicating with a minor online and arranging to meet a minor for a lewd act. He is booked in the Orange County Jail on $200,000 bail and is scheduled for arraignment on Wednesday, January 22.

Several months ago, Bresyn met the victim on a dating website. In December, he located the victim and her cell phone number on Instagram, and began texting her. The victim told Bresyn she was 13 years old. Bresyn proceeded to ask to meet the victim for sex. Bresyn sent lewd photographs of himself to the victim and requested the same from her. The Orange County Child Exploitation Task Force (OCCETF) became aware of what was occurring.

On Friday, January 17, 2014, Bresyn scheduled to meet the victim at the San Clemente Pier with the intention to have sex and was taken into custody.

The investigation related to Bresyn is ongoing. Anyone with information regarding possible additional victims is asked to contact the Orange County Sheriff’s Department at (714) 647-7000, or submit an anonymous tip to OC Crime Stoppers at 855-TIP-OCCS (855-847-6227) or at occrimestoppers.org.