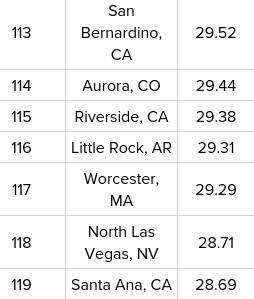 The number one fun city was of course Las Vegas, NV – which will be even funner when the Raiders football team moves there in a couple of years. Top-ranked cities in California included San Francisco, rated #7; San Diego, rated #10, Los Angeles, rated #23; Sacramento, rated #27; Oakland, rated #52; Long Beach, rated #71; and Garden Grove, rated #89.

WalletHub’s data crunchers compared the 150 largest U.S. cities across 58 key metrics, ranging from fitness clubs per capita to movie costs to average open hours of breweries. Cities were ranked according to Entertainment and Recreation, Nightlife and Parties and Costs.