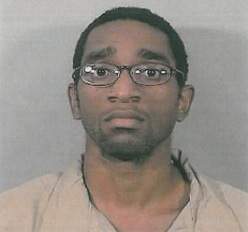 SANTA ANA – A man was convicted today of murdering his grandmother and setting her house on fire while his 8-year-old brother and 3-year-old niece were inside the home. Joseph Elija Ettima, 30, was found guilty by a jury Feb. 4, 2014, of one felony count of second degree murder, one felony count of arson of an inhabited dwelling, two felony counts of child abuse, and a sentencing enhancement for arson with an accelerant. As the defendant entered pleas of “not guilty” and “not guilty by reason of insanity,” the trial will now move into a second phase, the sanity phase. The sanity phase will begin Monday, Feb. 10, 2014, at 10:00 a.m. in Department C-41, Central Justice Center, Santa Ana. Ettima faces a sentence of life in state prison without the possibility of parole if the jury finds he was legally sane at the time of the murder.