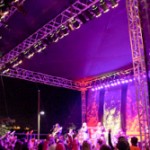 « The Brown Act: 50 years of keeping taxpayers informed
Protest against Deborah Pauly at the next CCIR meeting, on May 25 »