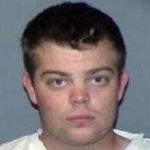 SANTA ANA – An Army Specialist was convicted today of murdering a friend and attempting to murder his father and another man in an unprovoked shooting at a Cypress hotel. Steven Matthew LeClaire Jr., 26, was found guilty by a jury of one felony count of second degree murder, two felony counts of attempted murder, and sentencing enhancements for the personal discharge of a firearm causing death and the personal discharge of a firearm causing great bodily injury. He faces a sentence of 90 years to life in state prison at his sentencing Oct. 10, 2014, at 9:00 a.m. in Department C-30, Central Justice Center, Santa Ana.

In February 2011, LeClaire Jr. was absent without leave from his duty station in Texas.

At approximately 9:30 p.m. on Feb. 24, 2011, LeClaire Jr. was in a hotel room drinking and socializing with three other men at the Cypress Lodge on Lincoln Avenue. The other men included the defendant’s father, Steven LeClaire Sr., then 42, and friends Marques Murray, 24, and Raymond Eligan, then 51.

After the shootings, LeClaire Jr. walked out of the hotel room, put his arms behind his head, laid down, and surrendered to Cypress Police Department (CPD) officers, who arrived to the scene and arrested him. CPD investigated this case.