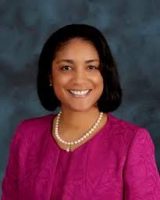 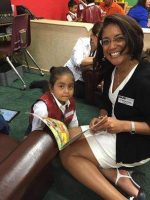 “Dr. Phillips stood out among the candidates. In addition to knowing the District, she brings a wealth of experience that will be invaluable as the District continues to move forward in increasing student academic achievement and opportunities. As the District’s Chief Financial Officer, her strong stewardship afforded the District with an opportunity to have a fiscally balanced and prudent budget while providing our employees and students with the resources they needed,” stated School Board President John Palacio.

“I am very excited about the opportunity to serve the Santa Ana Unified School District family as the Superintendent of Schools. As our parents, teachers, staff, and community continue to work together to increase student learning, my team and I will focus on engaging the community, increasing communication and connecting all of our stakeholders with the programs and supports that will assist us in ensuring each and every student in Santa Ana Unified reaches their highest potential,” said Stefanie Phillips, Ed.D.

As the new Superintendent of Santa Ana Unified School District, Dr. Phillips will be responsible for leading the sixth-largest district in the State of California and the second largest employer in the city of Santa Ana.

Dr. Phillips received her Doctorate from the University of Southern California in Education Leadership, and she received her Master of Business Administration in Finance and Bachelor of Science in Managerial Economics from the University of California, Davis. She has also taught as an adjunct university professor in teacher preparation and leader preparation programs as well as presented in several national and state conferences.

Dr. Phillips is replacing Dr. Rick Miller who will retire from the District on August 1, 2016.

« The West Nile Virus is back – but don’t panic!
Parole agent arrested for allegedly embezzling state funds in exchange for narcotics »