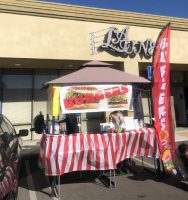 The O.C. Health Care Agency has released a list of the eateries (including restaurants, caterers and even school kitchens) that they inspected and shut down for the weeks of April 14 to April 22. Most of these eateries reopen pretty quickly after the health inspectors determine their issues have been resolved.