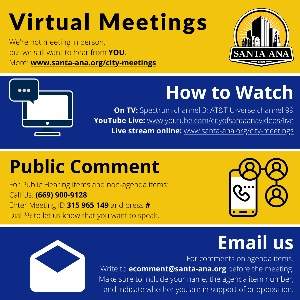 The Santa Ana City Council will have its regular meeting tonight, Feb. 2. The meeting will take place virtually and the public is encouraged to participate via Zoom. The closed session begins at 5 p.m. and the open meeting is at 5:45 p.m. (immediately following the closed session.)

There are two basic strategies to reduce the City’s cost for the unfunded pension liability:

From a recent O.C. Register article:

Santa Ana has been sliding. In 2016, its per-person deficit was $3,400; that yawned to $5,400 per resident. “Santa Ana went into the coronavirus pandemic in poor fiscal health, and it will probably come out of the crisis worse,” TIA said. The city’s debt burden was $571.9 million.

The city, however, says the situation improved substantially as the 2020 fiscal year closed, dropping down to $3,047 per resident. Of that amount, $2,621 per resident is long-term debt amortized over many years, to be funded in future periods. Current debt is $426 per resident, more than offset by cash and short-term receivables; and its general fund cash reserve balance exceeded $54 million, nearly a quarter of what it spends in a year.

Learn more about how to participate and watch the meeting here: www.santa-ana.org/cc/city-meetings. The meeting agenda is available here: https://bit.ly/3oC2a8k.