Notice: Undefined variable: remote_version in /home/newsantaana/public_html/wp-content/themes/ifeaturepro5/functions.php on line 417
 New Santa Ana | The OC Board of Supervisors decided not to move the homeless out of Santa Ana
Santa Ana's top news & views blog 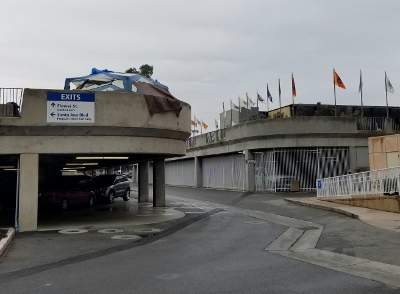 SANTA ANA, CA – Today, the Orange County Board of Supervisors reversed last week’s vote to designate three additional sites throughout Orange County as potential temporary homeless shelters. The action creates further delays in addressing a growing homelessness problem that the entire County is facing. The Board plans to revisit the matter in early April.

Councilmembers Juan Villegas and Jose Solorio both spoke on behalf of the City Council, along with City Manager Raul Godinez, urging the County to take action to move forward with a diverse set of solutions for the homeless in Orange County. City of Santa Ana Councilmembers and Staff are disappointed with this decision, but remain hopeful that the County and the other 33 cities in Orange County will develop shared solutions. Both Vice Chair Shawn Nelson and Supervisor Todd Spitzer acknowledged that City of Santa Ana has done more than its fair share with regard to homelessness, and that other cities need to be a part of the solution.

As the County Seat, Santa Ana has been at the frontline of addressing Orange County’s homeless population for decades. As a result, the City has provided numerous services throughout the City to address the needs and impacts of many in Orange County’s homeless and at-risk populations, including a large homeless encampment in the Santa Ana Civic Center (next to libraries, schools, houses and residences). According to the 2017 point-in-time homeless count), the City accommodates over 13 times its fair share of the unsheltered homeless population, nearly seven times its fair share of the sheltered population and, in total, carries 22 times the portion of the homeless population that other cities have.

“There are some reasonable additional burdens that come as a result of being the urban center of Orange County and the location of many Orange County Social Services, but the homeless count data clearly demonstrates that Santa Ana is going above and beyond to facilitate and support homeless services,” stated Mayor Pro Tem Michele Martinez. “Judge Carter is a daily witness to the efforts and support Santa Ana provides to the homeless in Orange County. Now, it is time for other cities to do their part.”

With the clearing of the Santa Ana Riverbed area along the flood channel, 700 additional homeless people have been displaced and put in temporary accommodations. The immediate concern of Judge Carter, the Santa Ana City Council and community is that this shifting homeless population must be accommodated in an appropriate manner. Councilmember Juan Villegas noted: “the only way to achieve a solution is by collaboration of all parties involved.”

“We can’t simply clear and forget about this population. The proverbial ‘can’ must not be kicked down the road any further, and our sister cities across Orange County need to step up with both near-term and long-term housing solutions for the homeless,” said City Manager Raul Godinez II.

Santa Ana has done more than any other city in Orange County to address the homeless population. The City’s efforts have included:

Santa Ana’s record of compassion and proactive work to accommodate and support the homeless population in Orange County goes above and beyond its fair share. The homeless population in Orange County continues to grow and it is time for other cities to take action with both temporary and long-term solutions to address the homelessness. With years of experience, the City of Santa Ana is ready to share our experiences and lessons learned to help each city be successful in doing their part to help the nearly 6,000 sheltered and unsheltered homeless in our County.

Santa Ana is downtown for the world famous Orange County, California. As the County Seat, home to a vibrant evening scene and one of the most diverse communities in California, Santa Ana is gaining national attention for its efforts to innovate and address a changing County. Over 1,200 City employees work hard every day to deliver efficient public services in partnership with our community to ensure public safety, a prosperous economic environment, opportunities for our youth, and a high quality of life for residents. Learn more at http://www.santa-ana.org/.