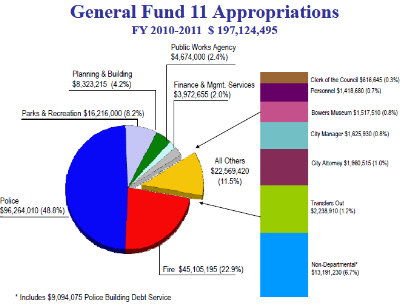 The City of Santa Ana is looking at a minimum $30 million dollar annual deficit.  Of that, $25 million is paying for retirement funds for public employees.  And about half of the city’s general fund is spent on our police department! END_OF_DOCUMENT_TOKEN_TO_BE_REPLACED