Family members identified the male decedent who recently died in Orange as Danny, 19, from Rialto.

Officials would not disclose the last name of Danny, who was a resident of Rialto, because the “coroner’s investigation is still ongoing.

The Rialto resident was seen Nov. 27 on security footage at the Metrolink Station on Chapman Avenue, where he paid cash for a train ticket to San Bernardino but missed the train.

The man died on December 1, 2021, at St. Joseph’s Hospital. The decedent was transported to the hospital on November 27, 2021, after being discovered unresponsive on the sidewalk near Chapman Ave. and Main St. in the city of Orange.

SANTA ANA, Ca. (Dec. 10, 2021): The Orange County Sheriff’s Department Coroner Division is seeking the public’s assistance in identifying and locating next-of-kin for a male who died on December 1, 2021, at St. Joseph’s Hospital. The decedent was transported to the hospital on November 27, 2021, after being discovered unresponsive on the sidewalk near Chapman Ave. and Main St. in the city of Orange.

On November 27, the decedent was last seen on security camera at the Metrolink Station on Chapman Ave. The decedent paid cash for a train ticket to San Bernardino but missed his train. The decedent is described as a male Hispanic, medium build, approximately 15 to 20 years of age, 6’0’’, 215 pounds, with short curly dark hair with bleached tips and brown eyes. He was wearing a grey short sleeve LA Kings t-shirt and blue jeans. The decedent did not have any tattoos but had a single piercing in each ear.

The Orange Police Department and Coroner investigators have been working tirelessly to identify the decedent, including a review of missing persons’ reports from the local area and attempts to utilize existing fingerprint databases, none of which revealed the identity of the decedent.

If you have any information regarding the decedent or his whereabouts prior to November 27, please contact the Orange County Coroner’s Division at (714) 647-7400 reference Coroner’s Case #21-07093-BG. Anyone who wishes to provide information and remain anonymous may contact Orange County Crime Stoppers at 1-855-TIP-OCCS (1-855-847-6227) or online at occrimestoppers.org.

On Dec. 13, 1996 Coroner Division Investigators and OCSD Homicide Investigators responded to reports of human remains found in a wilderness area east of Trabuco Creek Road in the unincorporated area of Trabuco Canyon. At the time, it was estimated the remains had been there up to two years, with environmental factors affecting their condition. Investigators believe the decedent went missing sometime in 1995 or 1996.

Based on initial anthropological estimates from 1996, it was believed this unknown male subject was around 15 – 19 years old, approximately 5’2” to 5’8” with a medium build. An odontologist’s report, which showed the decedent’s teeth were in poor condition, was taken and submitted to a Department of Justice database. He was given the name John Doe as investigators worked to learn his identity.
In 2020, the Sheriff’s Department contracted with the DNA Doe Project in an attempt to identify the subject. Initial genealogical DNA examinations confirmed he was Hispanic or Native American in origin, and not primarily Caucasian as had initially been suspected. Additionally, based on further genetic testing, it is believed the subject is likely from a remote/rural area in Latin America due to the very low threshold of genetic matches. In fact, the threshold is so low that at this time, familial DNA analysis cannot be further pursued at this time because the population demographic to date is underrepresented in genealogical databases.

In 2018, the Coroner Division again partnered with NCMEC in an attempt to generate leads that might deliver an identification. A computed tomography (CT) scan of the skull was created and submitted to NCMEC, which used the latest reconstruction techniques to develop renderings of what John Doe may have looked like. With the new information, NCMEC modified their initial sketch from 2019 to produce a new likeness that reflects the suspected Latin American decent of John Doe.

“Over the years, there have been occasional leads, yet he has not gotten his name back,” said Kelly Keyes, Supervising Deputy Coroner. “As with all of our unidentified cases, which date back to the 1950s and includes nearly 100 cases, we continue to review these cases with the hope that John Doe will finally get a name.”

“Sometimes seeing a picture can spark a memory and that could lead to information,” Keyes said. “We’re looking to match that face to a name so we can bring closure to his family.”

Anyone who has any information about John Doe can contact the Orange County Coroner Division at 714-647-7000 or coroner@ocsd.org, reference case number 96-07901-MU.

Caltrans crews that were doing landscaping work near the 4th Street on-ramp to the 55 Freeway north found a decomposing body on Thursday, July 27, according to the O.C. Register.

The Tustin police reported that the dead body appeared to be that of a man. They do not feel that the death was due to a homicide but are conducting an investigation.  END_OF_DOCUMENT_TOKEN_TO_BE_REPLACED

SANTA ANA, Calif. (June 26, 2017) – The decedent who was previously misidentified as Frank M. Kerrigan, 57, has been positively identified by fingerprints. The Coroner Division is attempting to locate and notify family therefore we will not be releasing the name of the decedent at this time. Until his family can be found or all efforts are exhausted, his body will remain interred at Holy Sepulcher Cemetery.  END_OF_DOCUMENT_TOKEN_TO_BE_REPLACED

Earlier this morning dozens of police officers from different agencies formed two lines to honor Boyer, as his body was wheeled out between them and placed into the Orange County Coroner’s white Chrysler van at the UCI Medical Center in Orange, according to the O.C. Register. END_OF_DOCUMENT_TOKEN_TO_BE_REPLACED

On Sunday, November 6, 2016, at 3:30pm officers responded to the 800 block of North Louise Street for a welfare check. Upon arrival, they found a deceased female, 33-years of age, in her residence. END_OF_DOCUMENT_TOKEN_TO_BE_REPLACED

SANTA ANA, Calif. (March, 01 2016) – The Orange County Sheriff’s Department Coroner Division has been able to identify a man found dead in a park on April 6, 1991 as Daniel Valencia Munguia (AKA Antonio Alvarez Madriz) DOB 11-10-1946. The identification was made via fingerprints. There is no available picture of Mr. Munguia. Mr. Munguia had a tattoo on his left shoulder that said, “I {heart} PIYO.”  END_OF_DOCUMENT_TOKEN_TO_BE_REPLACED

SANTA ANA, Calif. (January 5, 2016) – On Thursday, December 31, 2015, a body was located in the ocean, approximately 1 mile off shore from the entrance to Huntington Harbor. The deceased person is believed to be that of a middle-aged male adult. Based on the preliminary investigation, Coroner investigators believe the body was in the ocean for up to 6 weeks. The body is decomposed and presents a physical condition consistent with prolonged exposure to salt water. END_OF_DOCUMENT_TOKEN_TO_BE_REPLACED

The victim was Rudy Correa, 55-years-old.  He had been living at Heritage Park, located at 4812 W. Camille St., for some time. END_OF_DOCUMENT_TOKEN_TO_BE_REPLACED

Summary: On Thursday, 12/17/15 at approximately 2 p.m., officers were dispatched to 1000 block of North Jackson reference a body found in a refrigerator. They contacted the landlord who advised that a couple who rented and lived in the detached garage moved out approximately 3 months prior, leaving the refrigerator and additional property behind. The landlord stated a strong odor was coming from the refrigerator. When the landlord inspected the refrigerator, she found the remains of a female inside. Homicide detectives responded to the location and conducted their investigation. END_OF_DOCUMENT_TOKEN_TO_BE_REPLACED 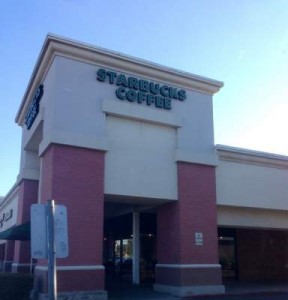 Lee fell backward after being hit by the skateboard and he hit his head on the sidewalk.  At the time of the incident the SAPD had reported that Lee had gone into full cardiac arrest after the incident. END_OF_DOCUMENT_TOKEN_TO_BE_REPLACED