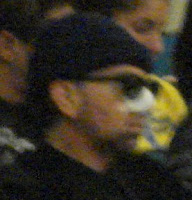 His response said it all – “It’s just Rocco.” LOL!  Steve Rocco – the perennial paranoid candidate who got lucky a few years ago and actually got elected to the Orange Unified School Board, when Republicans voted for him instead of voting for his Latino opponent.

Rocco has run against Pulido in past mayoral elections, but has not fared well.  So this time it looks like he will try a recall.  I truly doubt he will get many signatures but the irony of this is that Rocco may have taken the wind out of the sails of the lame Santa Ana City Council.  If David Benavides and company were thinking of recalling Pulido, well that ship has sailed on them now!

Go ahead Rocco.  Give it your best shot.  This will be quite an epic fail.