Man gets only 2.5 years in jail after putting his semen in a coworker’s water bottles 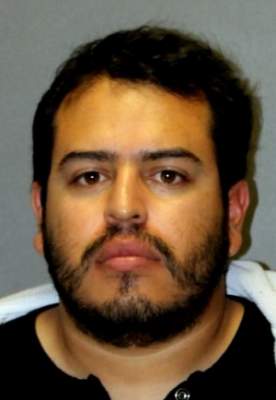 SANTA ANA, Calif. – A man has been sentenced to 2 ½ years in the Orange County Jail for battery and assault charges for spreading his semen on a female coworker’s desk mouse and ejaculating in her water bottles and jar of honey.  One incident was captured on surveillance video.

“Today’s sentence was the maximum allowed under the law, and Judge Roberts’ imposition of the maximum possible sentence and the requirement for him to register as a sex offender is a recognition of the trauma inflicted on an innocent woman who was simply trying to do her job in the workplace,” said Orange County District Attorney Todd Spitzer.

Millancastro worked with the female victim between 2014 and 2017 in La Palma.  He masturbated eight times at work in 2016 and deposited his semen in her honey jar and spread his semen onto her office keyboard and mouse.  The victim consumed the honey for a period of time not knowing it contained Millancastro’s semen.  He also ejaculated into three of her water bottles which she noticed to be cloudy each time and threw away.

After noticing discoloration of the water in her bottle a third time she reported it to her supervisor.  A surveillance camera was then set up in her office. The next day, she touched her computer mouse which was smeared with semen.  Millancastro was seen on the surveillance footage entering her office prior to this incident.  The female victim filed a report with the La Palma police department who investigated the incidents and arrested Millancastro.

One thought on “Man gets only 2.5 years in jail after putting his semen in a coworker’s water bottles”