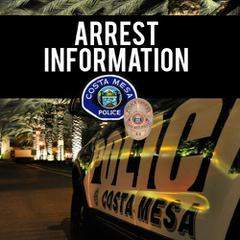 On Dec. 23, 2020, at approximately 4:54 p.m., CMPD received a call of a male chasing and grabbing a female on the OCC campus located at 2701 Fairview Road. As CMPD officers responded, they learned the suspect had fled the scene and the female victim could not be located. Officers learned a Good Samaritan who observed the attack intervened as the victim cried out for help. As the Good Samaritan confronted the suspect, the victim was able to run away.

OCC Campus Safety officers located the victim a short time later at the campus housing facility. Officers learned that the 19-year-old victim was walking near the Horticulture area and the Technology building when an unknown suspect approached her from behind and forcibly groped her. A Good Samaritan intervened as she yelled for help. The victim was able to get away and the suspect fled the scene when he was confronted by the Good Samaritan.

That night, OCC Campus Safety sent out a notification to OCC students, faculty, and staff to alert them of the sexual assault and the description of the suspect.

On Dec. 24, 2020, at approximately 4:30 a.m., OCC Campus Safety officers were patrolling the campus and found a suspicious male near the campus Allied Health Sciences building. OCC Campus Safety saw he matched the description of the suspect in the incident above and followed him to the area of Harbor Boulevard and Merrimac Way, while providing location updates to the police department. CMPD officers responded and detained Alex Enrique Siliezar, 28, LKA Costa Mesa. Once Siliezar was identified as the male who attacked the victim, he was arrested and later booked at Orange County Jail.

CMPD would like to commend the Good Samaritan’s valiant actions. He helped the victim get away and stopped the assault from escalating. CMPD thanks the Good Samaritan for his quick intervention to protect a fellow member of his community.

CMPD detectives are looking for additional witnesses to this incident and anyone who may have information is asked to contact Detective Jake Jacobi at 714-754-5178, jjacobi@costamesaca.gov or Sergeant Scott Stafford at 714-754-4933, sstafford@costamesaca.gov.