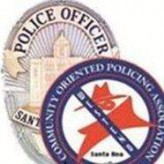 Santa Ana, CA, –West End Community Oriented Policing, along with Connect-to-Council, will present the second Community Policing forum for the residents of Santa Ana. This forum will offer residents the opportunity to provide their input and assist in creating a community policing plan for Santa Ana. At the first forum that took place last month, one of the suggestions was to encourage SAPD to build stronger partnerships with the community and faith-based organizations. Other
suggestions are being solicited and the public is invited to share input.

There will be three more forums in the remaining policing districts (West End, North East, and South East) in Santa Ana from February through April. The second forum will take place in the West End district.

« Another possible gang-related shooting at McFadden and South Sullivan
Missing 95-year-old Santa Ana man died in a car accident in Irvine at 4 a.m. »