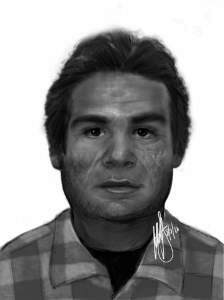 Orange, Calif. – On July 25, 2020, at approximately 4:10 p.m., a female adult was walking on the Santiago Creek trail near Tustin Street and La Veta Avenue. The male suspect grabbed the victim and pulled her into an alcove. The victim broke free and the suspect fled on a bicycle.

On August 2, 2020, at approximately 6:15 p.m., a female adult was walking in the Santiago Creek bed near Spring Street when a male suspect grabbed her arm as he unzipped his pants. The victim pulled away and screamed. The suspect rode his bicycle away from the area. Approximately 15 minutes later, the same suspect approached a female who was walking at the park entrance near the dead-end of Walnut Avenue. The suspect grabbed the victim’s buttocks and fled on a bicycle.

The victims described the suspect as a male Hispanic in his 40’s with black hair and brown eyes. The suspect spoke English and Spanish. Anyone with information is encouraged to call Detective S. Costa at 714-744-7521.

WARNING: Do not contact, confront, or attempt to apprehend. Call 911!