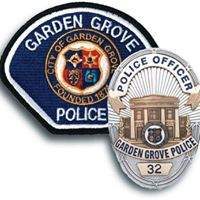 The police investigators are unsure as to Tran’s motive but did describe the situation as being “domestic-violence related.”

The suspect’s wife was hospitalized and is in stable condition. Two boys, ages 3 and 6, were found unharmed at the family’s in the 8900 block of Blossom Avenue.

A neighbor heard screaming after the attack and found the suspect’s wife outside, leaning up against a minivan parked across the street. She was covered in blood.

That neighbor told the media that the family moved into the house about six months ago.

While the police negotiated with the armed suspect another group of police officers snuck into the duplex and came up behind the suspect and was able to retrieve the wounded stepdaughter. They took the little girl outside and then to a hospital. She was pronounced dead at about 8 a.m. The police officers ended up shooting the suspect with beanbags and foam projectiles, and he was arrested. He was later identified as 73-year-old Tanh Thien Tran. He was taken to a hospital and was treated for self-inflicted knife wounds.