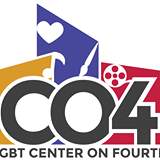 Garden Grove Mayor Bao Nguyen, a candidate for the 46th Congressional District, released this statement today regarding the shooting:

I am shocked and saddened to learn about the mass shooting at Pulse night club in Orlando, Florida. As a gay man myself, I am especially disturbed by this horrific act of violence against my LGBT brothers and sisters.

I condemn this barbaric shooting. Don’t let anyone tell you that this twisted individual truly represents any faith community. At times like these, it’s more important to hold our loved ones close, have compassion, and show the world that we stand together against hate, not divided against each other.

My deepest condolences to the families of those killed. It’s long past due for us as a nation to look inward and get serious about addressing the causes of mass violence in this country. 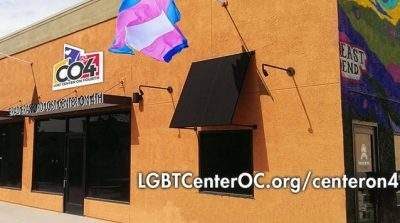 “I am heartbroken by the devastating terrorist attack in ‪‎Orlando. This attack on an LGBTQ Pride celebration is the deadliest mass shooting in American history and is an attack on all Americans.

“On behalf of the people of California’s 46th Congressional District, I offer my support and deepest condolences to the families and loved ones of those killed and injured. I join President Obama in pledging the full range of support from the Federal Government, and I encourage everyone to help the victims of this deadly attack in every way possible.

“As the FBI investigates this horrific act of terrorism, I will closely monitor their findings and take action where necessary to strengthen our intelligence, national security and law enforcement capabilities. This attack is a chilling reminder of the continuing threat of domestic terrorism and the need for heightened vigilance to protect Americans here and abroad. I will continue to work with my colleagues on the Homeland Security Committee and with law enforcement and intelligence agencies to bolster counterterrorism efforts and enhance homeland security.

“I’m also deeply concerned by reports of a suspect arrested in the Los Angeles area who may have been planning a similar attack against the LA Pride Parade. Today and every day, all Americans must stand united against terrorism, criminal violence and hate.”

Here is an excerpt from President Barack Obama’s remarks about the shooting:

“Today, as Americans, we grieve the brutal murder — a horrific massacre — of dozens of innocent people. We pray for their families, who are grasping for answers with broken hearts. We stand with the people of Orlando, who have endured a terrible attack on their city. Although it is still early in the investigation, we know enough to say that this was an act of terror and act of hate. And as Americans, we are united in our grief, our outrage and our resolve to defend our people.