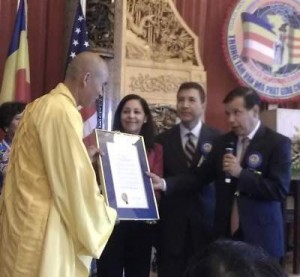 Reyna has suggested recently to his friends that he has the election “in the bag.”  Well that certainly isn’t the case on the west side.  Onofre has those votes now!

This is just another epic fail for the wilting Team Benavides…it says volumes that one of their own, Sarmiento, was there but apparently he didn’t tell Benavides and Reyna about the event!  LOL!  So much for their solidarity.

13 thoughts on “Why did Benavides blow off the ribbon cutting at the Bao Quang Temple?”