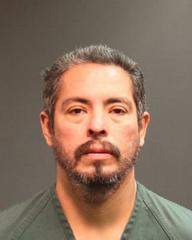 Santa Ana Police Department Detectives made two arrests connected to the brazen 1999 kidnapping and rape investigation. On February 3, 1999, at 5:30 P.M., an 11-year-old girl was casually walking home with a friend, the second victim, near Jerome Center in Santa Ana. Two adult males pulled their car alongside the girls and tried to entice them inside. The first victim refused to enter and one of the males grabbed her, forcing her inside the car with the second victim. The suspects drove both victims out of the area.

The second victim managed to escape the vehicle, while the first victim tried to do the same. However, the suspects pulled her back into the car by her hair. The suspects then drove the remaining victim to a nearby gas station. The driver filled the vehicle with gas while the passenger covered the victim’s mouth, preventing her from screaming for help or escaping.

The suspects drove the victim to a secluded parking lot, where they both sexually assaulted her. The suspects then drove the victim to a different parking lot and again sexually assaulted her. They later released the victim, who reported the kidnapping and assault to Santa Ana Police. Detectives later gathered video evidence from the gas station depicting a male with a plaid shirt and white pants, as described by the victim. Despite a thorough investigation, detectives could not find significant leads or identify either suspect.

In early 2016, detectives reviewed this case as a part of the Santa Ana Police Department’s “Cold Case” rape project. This project reopens unsolved investigations to bring sexual predators to justice and closure for victims of these crimes. After reviewing this case, forensic crime scene evidence was submitted to the Orange County Crime Lab (OCCL) for DNA testing. OCCL identified two male DNA profiles which were compared with statewide and national databases for comparison. The search showed one profile belonged to Ismael Salgado, 36, of Chicago, Illinois. The second profile was determined to be that of an unidentified male who was not present in the DNA databases.

With this new lead, detectives investigated Salgado’s background. They learned he lived in Santa Ana for much of his life and only recently moved to Chicago. They also identified Jose Plascencia who associated with Salgado in the late 1990’s and into 2000 when they both lived in Santa Ana. Plascencia, 36, now resides in Laveen Arizona, a suburb of Phoenix.

A warrant was issued for Salgado’s arrest, alleging a violation of 209(b)(1) CPC (Kidnapping to Commit a Sex offense), and 261(a)(2) CPC (Forcible Rape). At the request of Santa Ana Detectives, on October 5, 2016, members of the FBI Violent Crimes Fugitive Task Force arrested Salgado at his Chicago home. Santa Ana Police Detectives returned Salgado to Orange County to face these charges and received a $1,000,000 bail.

Detectives believed Plascencia might be the second suspect and source of the second DNA profile. However, Plascencia’s DNA was not in any law enforcement databases for comparison. The Santa Ana Police Department asked the Arizona Attorney General’s “TRAC” Task Force for assistance. The TRAC investigators followed Plascencia for several days and retrieved a discarded plastic water bottle he had been drinking. Santa Ana detectives recovered the bottle from the TRAC investigators and submitted the bottle to OCCL for analysis. The analysis showed Plascencia’s DNA from the bottle matched the DNA from the sexual assault. In November 2016, a warrant was issued for Plascencia’s arrest under the same charges as Salgado and bail was set at $1,000,000.

On November 6, 2016, Plascencia was arrested for the outstanding warrant at a border crossing in Nogales Arizona. Santa Ana Police Detectives flew to Arizona and brought Plascencia back to Orange County on November 5, to face charges. Both Salgado and Plascencia are currently in the custody of the Orange County Sheriff’s Department awaiting trial.

Mutual cooperation among law enforcement agencies is critical to successful resolution of sexual assault cases. The Santa Ana Police Department thanks the Orange County Crime Lab, Orange County District Attorney’s Office, and the other assisting law enforcement agencies for their contributions to the arrest and prosecution of Salgado and Plascencia. The Santa Ana Police Department and our law enforcement partners are committed to seeking justice for all victims of sexual assault and this case should serve as a clear reminder to violent sexual predators that we will never stop pursuing them for their crimes.