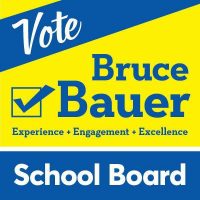 Founded in 1983, the DFOC is comprised of a broad coalition of professional, business, labor, environmental, civil rights and political leaders who are dedicated to developing the financial resources to support an effective Democratic presence in Orange County. The DFOC is known for sponsoring high-profile events to increase the visibility of Democrats and Democratic ideas. In addition, the DFOC provides a forum to develop and discuss political and public policy issues of local and national importance. 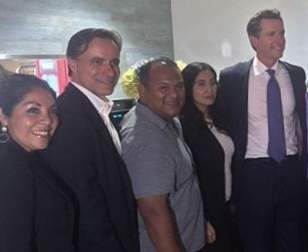 “I am grateful to receive the endorsement of such an esteemed organization such as the Democratic Foundation of Orange County,” said Bruce. “I will work with the DFOC to ensure that the children of Santa Ana have the best schools possible. Our children deserve the best!”

The general election is November 8th and three seats will be up this year on the School Board. Bruce Bauer is running for one of the three seats, along with his running mate, Beatriz Mendoza, who was likewise endorsed by the Democratic Foundation of Orange County.

The endorsement of the Democratic Foundation of Orange County comes on the heels of the announce that California State Treasure, John Chiang, had endorsed Bruce, and is the latest among many other distinguished endorsements that include, as follows:

« The FBI says violent crime is up 51.87% and homicides are up 61.54% in Santa Ana
Genki Sushi launching their new Bullet Express with a Grand Opening on Oct. 7 »