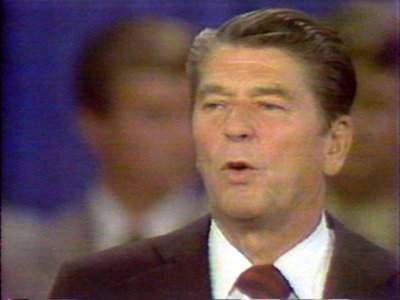 Developed during a 2014 residency at the CSUF Grand Central Art Center, this new video chronicles the story of 3 time capsules related to Ronald Reagan in southern California. Ten years after his death and 25 years after the fall of the Berlin Wall and Ronald Reagan’s departure from the office of the President of the United States, this work grows out of an interest in the continued echoes of a speech delivered by Reagan following the end of his Governorship in California on August 19th, 1976 at the Republican National Convention in Kansas City, Missouri. In this speech Reagan talks of the difficulty he found in writing a letter for a time capsule to be sealed in Los Angeles and opened one hundred years in the future. Departing from this moment “Future Perfect” explores Reagan’s future-oriented science fiction imagination and rhetoric through visits to Reagan-inspired monuments and time capsules throughout California. END_OF_DOCUMENT_TOKEN_TO_BE_REPLACED