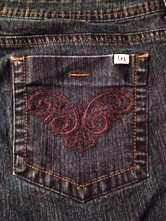 The Orange County Sheriff-Coroner Department, along with the Garden Grove Police Department, is attempting to identify a person found dead on Monday, December 1, 2014. The body was found in the water channel near Magnolia Street and Orangewood Avenue in the city of Garden Grove. END_OF_DOCUMENT_TOKEN_TO_BE_REPLACED

SANTA ANA, Calif. – (October 24, 2014) – The Orange County Sheriff’s Coroner Division seeks the public’s assistance identifying a deceased male found in the early morning hours of October 11, 2014 along the shoreline near 32nd Street and Oceanfront in the city of Newport Beach. He appears to be of Caucasian, Asian, or middle-eastern descent, 15-25 years old, 5’9” tall, 130 pounds, with long black hair and brown eyes. He has a small healed surgical scar on the right side of his neck. He was wearing orange and white Hawaiian print swim trunks and a black button up dress shirt with faint vertical lines. END_OF_DOCUMENT_TOKEN_TO_BE_REPLACED