SANTA ANA, Calif. – A La Habra mother was found by a jury to be sane when she pushed her 7-month-old son off the fourth story of the Children’s Hospital of Orange County parking structure in Orange, killing the infant.

Sonia Hermosillo, 41, of La Habra, was convicted by a jury last month of one felony count of first-degree murder and one felony count of assault on a child causing death. Hermosillo had entered a plea of not guilty and not guilty by reason of insanity, triggering a separate trial to determine whether she was legally insane at the time of the crime.

The same jury which convicted Hermosillo of first-degree murder also found her to be sane at the time of the murder.

Hermosillo is currently being held on no bail. She faces a maximum sentence of 25 years to life. She is scheduled to be sentenced on October 29, 2021 at the Central Justice Center in Santa Ana in Department C30.

“No child should die at the hands of another human being, let alone the very person whose most basic responsibility is to keep that child safe from harm,” said Orange County District Attorney Todd Spitzer. “Baby Noe should be here today, but he is not because of the methodical and callous decision by his own mother to push him to his death. No words can express the incredible sorrow that his father and siblings have had to suffer by the loss of Baby Noe.” 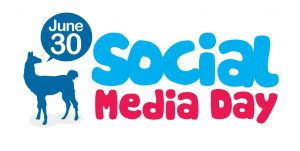 The Orange County Register has invited some of OC’s foremost social media experts to speak at a meetup during the first-ever Social Media Day (June 30) at its headquarters, 625 N. Grand Avenue in Santa Ana,  from 3 p.m. to 6 p.m. If you are utilizing social networking to connect yourself or your business with communities of interest, you won’t want to miss this event. The event is free and open to the public.

Speakers and the related session schedule are as follows:

You will have a chance to feed your brain indoors and your belly outdoors. The following mobile, social-media-friendly food trucks have confirmed they’ll be serving food in the Register’s front lot for this event: Taco Dawg, Piaggio On Wheels, Calbi, Oh For Sweets Sake, and Tropical Shave Ice.  Bring a few bucks for the trucks – the participating vendors will charge for the food.

Community- and social-minded organizations such as CHOC and the Anaheim Ducks will also have a booth presence at this event.

You can RSVP by clicking the “I’m interested” button on the Register’s Social Media Day meetup page.