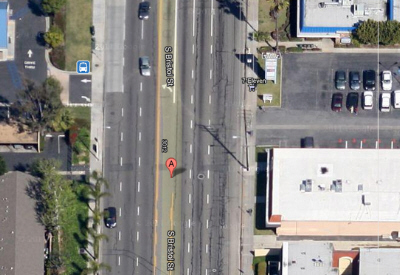 At 0017 hours officer responded to 3005 S. Bristol for a occupied suspicious vehicle. Officer contacted the suspect standing next to the vehicle. The suspect was armed with a hand gun.

Officer Involved Shooting (OIS) occurred, suspect was struck. No injuries to officers. Suspect transported to UCI and is currently in surgery. Vehicle suspect was with is a reported Stolen out of Santa Ana. Weapon recovered at scene.

« Gang member who shot a man while arguing about Mexico’s best state sentenced
O.C. Traffic Officer’s Assoc. to host a Motor Rodeo on 9/12 »