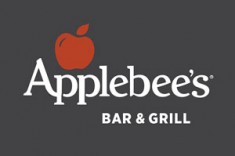 SANTA ANA, CA – The disturbing trend of biological and anatomical items found in food at national chain restaurants has occurred again, this time with a bloody fingertip in a salad at Applebee’s Paso Robles found by a pregnant customer on December 20, 2015, represented by Eric Traut of Traut Firm in a claim filed with the restaurant chain. (Photo here)

“It was so gross,” says Cathleen Martin of Atascadero. “I’m on pins and needles worrying about what my family might have been exposed to,” saying she was particularly alarmed because she is expecting her first child in March. Martin, her husband, and young child had all eaten from the Chinese Chicken Salad before the bloody fingertip was seen.

Upon finding the bloody fingertip, the family then notified the restaurant who ID’d the fingertip as belonging to an employee at the location. A letter sent to the family from Applebees’ counsel nine days later indicated they would not require the cook to undergo any medical tests.

Martin’s attorney Eric Traut of Traut Firm has represented consumers in numerous similar cases has found that foreign objects in food, including body parts, are not as uncommon as one would hope. Although Traut would call finding a condom in your soup a rare occurrence, he handled such a case in 2009, against Claim Jumper raising awareness and concerns about finding non-food items in a meal. “I’d like to think diners may go out without fear of finding something dangerous, anatomical, or biological in their meal,” says attorney Eric Traut.

Traut is suing for damages including emotional distress, medical expenses for testing, and lost income.

Eric Traut distinguished himself early as one of the top trial attorneys in Southern California when he was recognized as the youngest winner of the prestigious Trial Lawyer of the Year award in the history of the Orange County Trial Lawyer Association. Eric has handled high-profile cases that have resulted in appearances on Good Morning America, Fox News, Court T.V., and ABC’s “Primetime.” Eric is rated AV Preeminent, the highest possible rank under Martindale Hubbell’s peer rating system, and is among fewer than 100 California attorneys certified by the National Board of Trial Advocacy as a civil trial specialist.