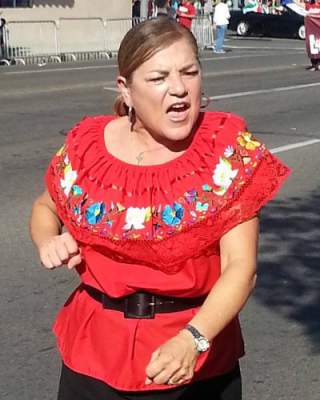 Every year from September 15th to October 15th, we come together as a nation to honor the rich history, culture, and contributions of the Latino community in America by celebrating Hispanic Heritage Month.

Latino Americans have always shaped America’s history and future, but their contributions have sometimes been overlooked or not given their due recognition.

America has been home to countless numbers of outstanding Latinos who reflect the best of our community, from civil rights activists like Cesar Chavez, Dolores Huerta, and Joan Baez; to artists like Selena and Carlos Santana; to the brave women and men serving in our military; to today’s ambitious young DREAMERs.

We’ve always been here, innovating and advancing America towards a brighter future.

Latinos, like all Americans, are committed to building a better and stronger future for their families and communities. Latinos prioritize hard work, education, healthy families, growth within small businesses, and community engagement.

Latinos, better than anyone, have seen the deep dysfunction in our nation’s immigration system.

Thanks to House Republicans blocking comprehensive reform every chance they get, it has been almost two years since Congress has brought meaningful immigration reform up for a vote.

Each day that Congress refuses to act on this critical issue, it’s another day that America suffers.

Our families, our businesses, and our economy hang in the balance. Blocking immigration reform means stunting America’s progress, and we can’t wait any longer.

So, this month, join me in celebrating the extraordinary heritage, culture, and contributions of our nation’s growing Latino communities.

More than ever, I will continue to fight for commonsense immigration reform that will keep families together; secure our borders; offer hardworking immigrants a pathway to citizenship; and protect and empower our workers, the middle class and those striving to live the American dream.