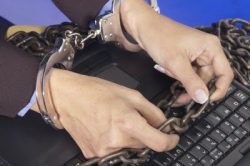 « SAUSD 2010 STAR Test Results show improvement but are weak compared to nearby districts
Another fundraiser for Al Amezcua, this time in swanky Orange Park Acres »