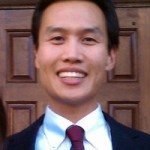 I call on President Obama to use his authority to put an immediate halt on deportations. With so many people in DACA and DAPA, it’s the only responsible course of action. It’s only a temporary measure, so we also need Congress to act on immigration reform, which has been on the backburner for far too long. In Congress, I’ll fight for an immigration system that keeps families together, not tears them apart.

Born in a UN refugee camp, Bao and his parents immigrated to the United States to escape oppression in Communist Vietnam. Bao was elected Mayor of Garden Grove in 2014. Upon his swearing-in, he became the city’s first Vietnamese American and first Openly LGBTQ Mayor. He is also the first directly- elected Vietnamese American Democratic Mayor in the United States. Prior to his historic election, he served as member of the Garden Grove Unified School District Board of Education.