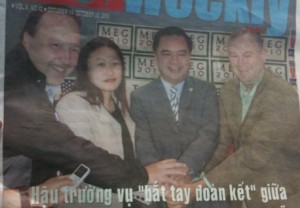 What gives?  Why did Supervisor Nguyen shirk her duty by avoiding the redistricting issue? In doing so she let both her Vietnamese and Latino communities down!

This is actually par for the course when it comes to Supervisor Nguyen.  Just a few weeks ago, when a group of gay and lesbian activists came to talk to the Board of Supervisors about Harvey Milk Day, she suddenly fled the room – later saying that she had to breast feed her child.  How convenient.  I raised four kids and I can tell you that mothers have plenty of options when it comes to breast feeding in the workplace – this was just a lame excuse.

What Supervisor Nguyen was trying to do in that case and with the redistricting issue was wash her hands of controversies that will reveal her for the Republican she is.  She currently serves in a majority Democrat, majority Latino district.  So she has to be careful about appearing overly partisan. 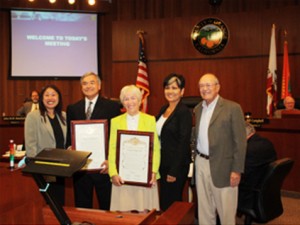 Has Nguyen succeeded in being non-partisan?  Not even close.  In fact she has a Latino Advisory Committee that is populated entirely by Latino Republicans.  You can see them in the picture above.  She has steadfastly refused to put any independent or Democratic voters on this committee.

What Nguyen’s Latino and Vietnamese constituents want is to be bundled as “communities of interest” in one district.  She could have come up with a proposal accomplishing this, but she is trying to avoid being put on the spot, so she is the ONLY Supervisor to avoid her duty by not even drafting a proposal.

First District voters would be wise to remember this when Nguyen comes around asking for our vote again in 2012.  Democratic Party voters in particular should remember that Nguyen, last year, endorsed her fellow Republican, Van Tran, against Congresswoman Loretta Sanchez. 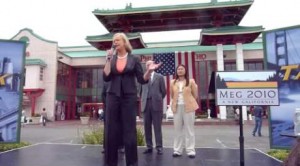 Nguyen also blew it by backing failed gubernatorial candidate Meg Whitman.  In fact Nguyen tried to take over the Black April event in Little Saigon, so she could use it to showcase Whitman.  That attempt was rejected by the Westminster City Council and Nguyen eventually blamed it all on her now former Chief of Staff, Andrew Do, who later quit the Garden Grove City Council knowing full well that he no longer had Nguyen’s backing.

I don’t know what is going to happen with the redistricting process, but I predict it will result in a First District that will have more Republican voters.  And Nguyen will say she had nothing to do with it.  But we will all know better.

One thought on “Why didn’t Supervisor Nguyen submit a redistricting plan proposal?”